“The opening film at the 71st Cannes Film Festival has an unbeatable blend of European glamour, international art-house credibility, and Hollywood stardust: the fact that it is one of the festival’s strongest and most substantial opening films in years is a bonus.” Nicholas Barber

What we know about “Everybody Know”:

This psychological thriller stars Penélope Cruz and Javier Bardem from Spain and Ricardo Darín from Argentina. As usual, Asghar Farhadi also surrounds himself with a first-class team: José Luis Alcaine on photography (a regular collaborator of Pedro Almodóvar, Carlos Saura and Bigas Luna), the costume designer Sonia Grande (Midnight in Paris by Woody Allen, The Others by Alejandro Amenábar), and Iranian editor Hayedeh Safiyari, continuing a long and fruitful collaboration with the director after working together on four of his feature films, including his two Oscar-winning films.

Asghar Farhadi’s 8th feature film, shot entirely in Spanish on the Iberian Peninsula, charts the story of Laura, who lives with her husband and children in Buenos Aires. When they return together to her native village in Spain for a family celebration, an unexpected event changes the course of their lives. The family, its ties and the moral choices imposed on them lie, as in every one of Farhadi’s scripts, at the heart of the plot.

The film holds an approval rating of 56%, based on 16 reviews on review aggregator website Rotten Tomatoes, and an average rating of 6.4/10. On Metacritic, the film has a weighted average score of 67 out of 100, based on 12 critics, indicating “generally favourable reviews”.

“The mystery becomes popcorn-chompingly compelling, each new piece of information adding shading and dimension to the true shape of the family. Nobody is above suspicion or below empathy.”

“Farhadi’s screenplay does an artful job of keeping vital fragments of each of its characters secret until the very end. But the climate of over-determined melodrama is rather less involving: characters synopsise their grievances so often, and so thoroughly, that many pivotal scenes have the corny texture of a “previously, on last week’s show” clip reel.”

“If the film remains largely watchable it is because Farhadi has cast some of the finest actors in Spain and they know how to breathe life into their characters even when they don’t have all that much to do (though a few of them have quite a lot to say). ” 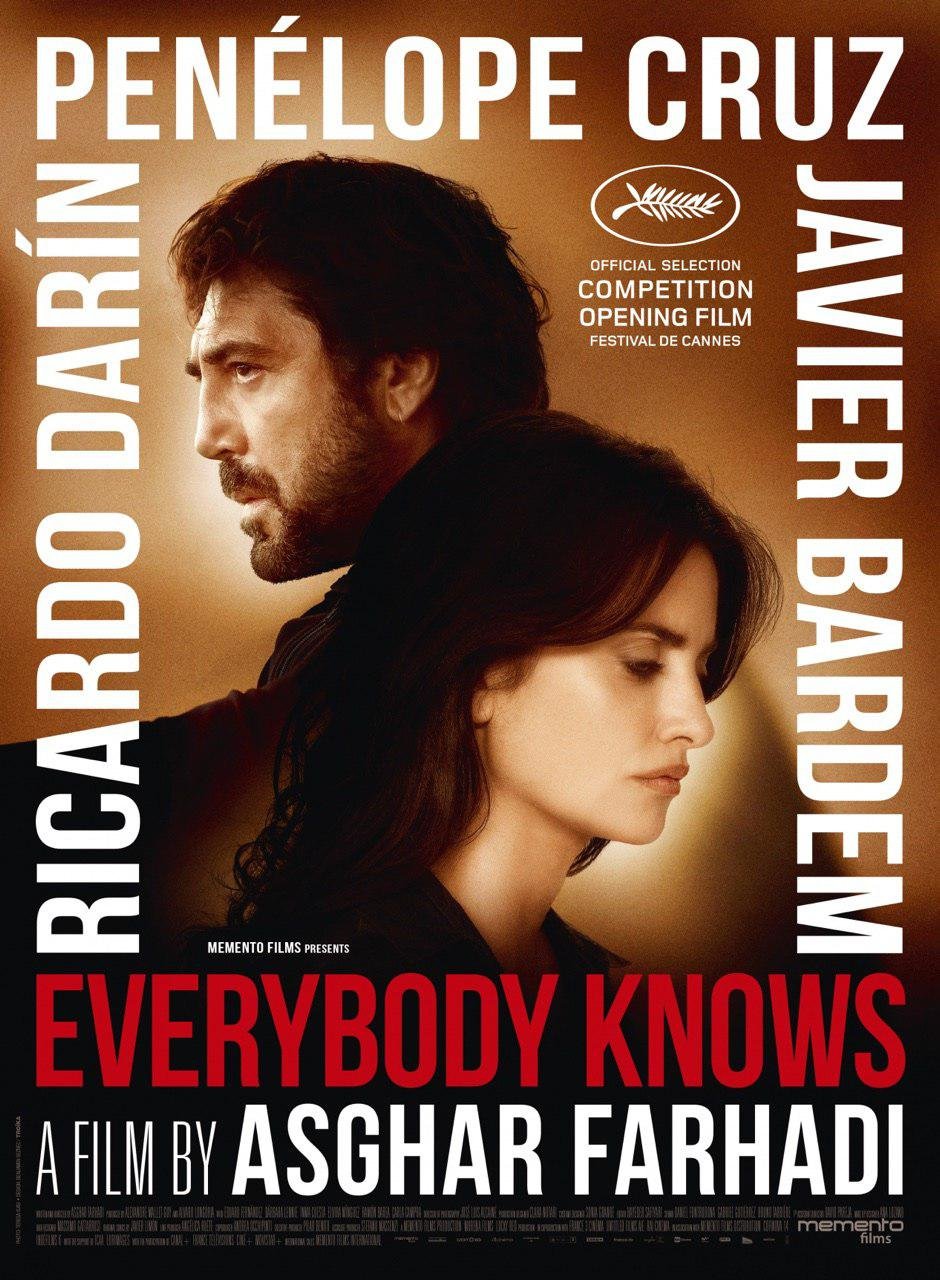