In 2010, Ann Marie did her first adaptation of someone else’s work: an animated short based on the illustrated memoir by Bernice Eisenstein, “I Was A Child of Holocaust Survivors”, with the Toronto and Montreal offices of the NFB.  It was on the TIFF “Top Ten” list of films for 2010 and won best animated film at the Reel2Real Youth Film Festival and best short from the Women’s International Film & Television Showcase.

Currently, amf  is working on several projects: a dramatic script of the life and loves of her great grandfather, “Shanghai Follies”,  “Window Horses” a feature-length animated father-daughter story that involves poetry and immigrants (what else?) and takes place in Shiraz, Iran.  She has recently turned this in to a graphic novel.  She is also developing an urban planning app riffing on her animated musical project, “Big Trees”, about real estate in Vancouver, an markerless AR app for “Shanghai Follies’ and a haiku stickgirl oracle app for her poetry film, and fully expect THAT to be finished this year (2012).

AMF did a segment for the CBC’s “Definitely Not the Opera’s” website, interpreting a segment of the life and times of Sook-Yin Lee.  In 2010, she also made a PSA for on atrial fibrilosis for the heart & stroke foundation.

In 2009 She made a little animated web-series for Discovery USA’s Planetgreen.com called “My Place”, where Stickgirl tries her best to come up with Green solutions to everyday problems.

In 2008, she has completed a 5 minute animated film, starring her avatar, “stickgirl” called Running (heart body mind spirit). It was commissioned by the Victoria Film Festival as part of the Victoria Symphony’s “Reel Music”, a competition for composers across Canada to score to new work. It was screened with the live 80-piece symphony orchestra in January, and the winning composer was Maxime Goulet.

She has also made an animated karaoke video, interpreting the Fleetwood Mac song, “Landslide”, premiering at the Reel Asian Film Festival in Toronto fall of 2008.

Her graphic novel, The Magical Life of Long Tack Sam, was published in September of 2007 (adapted from her same-named documentary film), and is on the American Library Association’s list of “10 Best Graphic Novels for Teens“, as well as winning rave reviews from a variety of critical sources. It was nominated for two Eisner Awards and won the Doug Wright “Best Book Award” for graphic novels in Canada.

In 2007, she also made M.O.O.D. (My Obscure Object of Desire), as part of Bravo!’s series of cel-phone films. It premiered at the Festival du Nouveau Cinema in Montreal, and the series was awarded an Internatonal Emmy for best multi-platform programming.

In 2005, she finished two projects, Room 710, an animated short revolving around a murder witness, and The French Guy, a feature length dark comedy.

Ann Marie also had a solo multi-media show featuring rugs by Ontario hookers at the Richmond Art Gallery, exploring the many-layered themes of Lip Service. These works, along with her digital film, Aguas de Março, will be part of the 85 Years of Emily Carr Alumni show. She was presented the Vancouver Arts Award for Media Arts for her contribution to the community.

In 2003, she finished The Magical Life of Long Tack Sam, a multi-award-winning animated documentary, a search for the life and times of her great grandfather, a travelling Chinese vaudevillian acrobat and magician. In 2002, she created the inspirational Blue Skies, a reaction to the events of 9/11, and a riff on events in Long Tack Sam’s life, as well. It won best Canadian Short Film at the Toronto International Film Festival and has played on screens from India to Iran and has appeared on tv in Canada, the US and China.

In 2001 Ann Marie completed a 45 minute animated film about a female lipless detective.

In the years before that, there were many other films.  Check out some snippets on the filmography section of this site.

Ann Marie is still open to selling her apartment.  She has a plot in community garden site in downtown vancouver, but now thinks she’d like a space where people can’t come and steal all her vegetables. 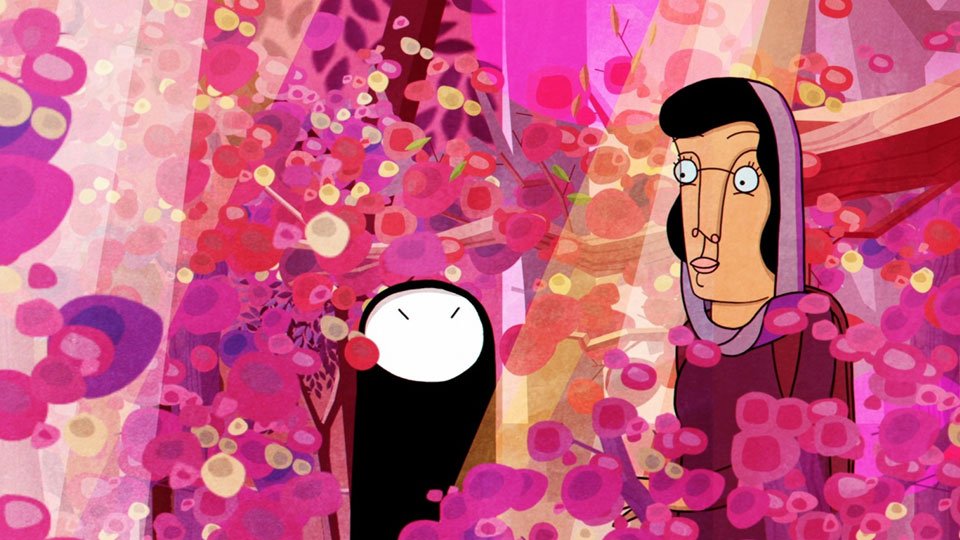