Siddiq Barmak (Born September 7, 1962) in Panjshir, Afghanistan, is a film director and producer. He received an M.A degree in cinema direction from the Moscow Film Institute (VGIK) in 1987. He has written a few screenplays and has made a few short films. His first feature film OSAMA, won the Golden Globe for Best Foreign Language Film in 2004. There is a stylistic echo in OSAMA featured in Afghan films by the Iranian Makhmalbaf dynasty; father Mohsen’s Kandahar, and daughter Samira Makhmalbaf’s At Five in the Afternoon, the latter also shot in post-Taliban Kabul. Barmak directed OSAMA with significant funding and assistance from the elder Makhmalbaf. The Iranian director invested thousands of dollars in the film, lending Barmak his Arriflex camera and encouraging him to send the movie to international festivals, which eventually generated further funding from Japanese and Irish producers. Barmak received “UNESCO’s Fellini Silver Medal” for his drama, OSAMA, in 2003. 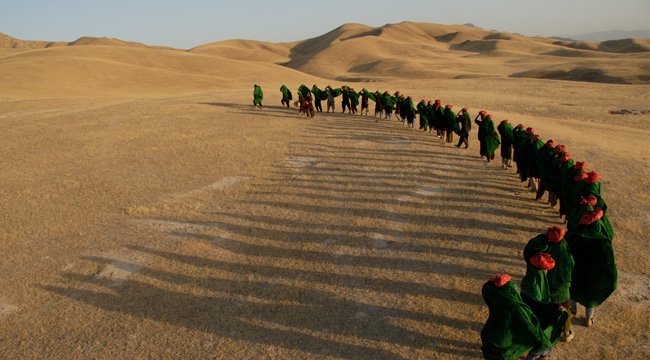