Milani was known for touching controversial and sensitive issues, including women’s rights and the 1979 Iranian Revolution. The majority of Milani’s films involve brave women who suffer under oppressive regimes. Her early films resembled fables, such as her 1990 offering Efsanye-e Ah (The Legend of a Sigh) which featured a character who, after failing as an author, befriends her sigh of despair. The sigh goes on to teach her of women with much larger problems in the world, yet still remain happy. Two years later, in Dige Che Khabar (What Did You Do Again?), Milani told the story of a young girl with the power to change her family simply by talking to herself. Iranian censors fought against the film, instructing her to replace the female lead with a young boy instead. Hard-line conservatives accused Milani of encouraging women to revolt against the current system. She deflected the criticisms, insisting that the men were merely scared of seeing their own wives riot because of her films.

In later years, Milani adopted a more melodramatic style and focused more on gender issues and her female characters became the subject of intense oppression and discrimination. Her 2005 film Unwanted Woman tells the story of a woman forced to cover up a journey with her friend because of a law that bans travel for unmarried couples. Vajonesh Panjom (The Fifth Reaction) is the story of a woman who leaves her wealth, home, and children after the death of her husband. While often exaggerated for cinema-goers, the films topics draw clear parallels to life in a theocratic Iran. The government charged her as an anti-revolutionary due to the storyline of her anti-revolutionary film Nimeh-e Pinhan (The Hidden Half), which revolved leftist university student in support of the regime of Shah Mohammad Rezā Shāh Pahlavi. The film’s primary love story also drew criticism, for its depiction of the main character’s relationship with an elderly man. Despite receiving permission to produce the film from the reformist Khatami government, she was imprisoned in 2001. A backlash from many world-famous directors including Francis Ford Coppola and Martin Scorsese caused the government to release her after two weeks, but official charges were never dropped. 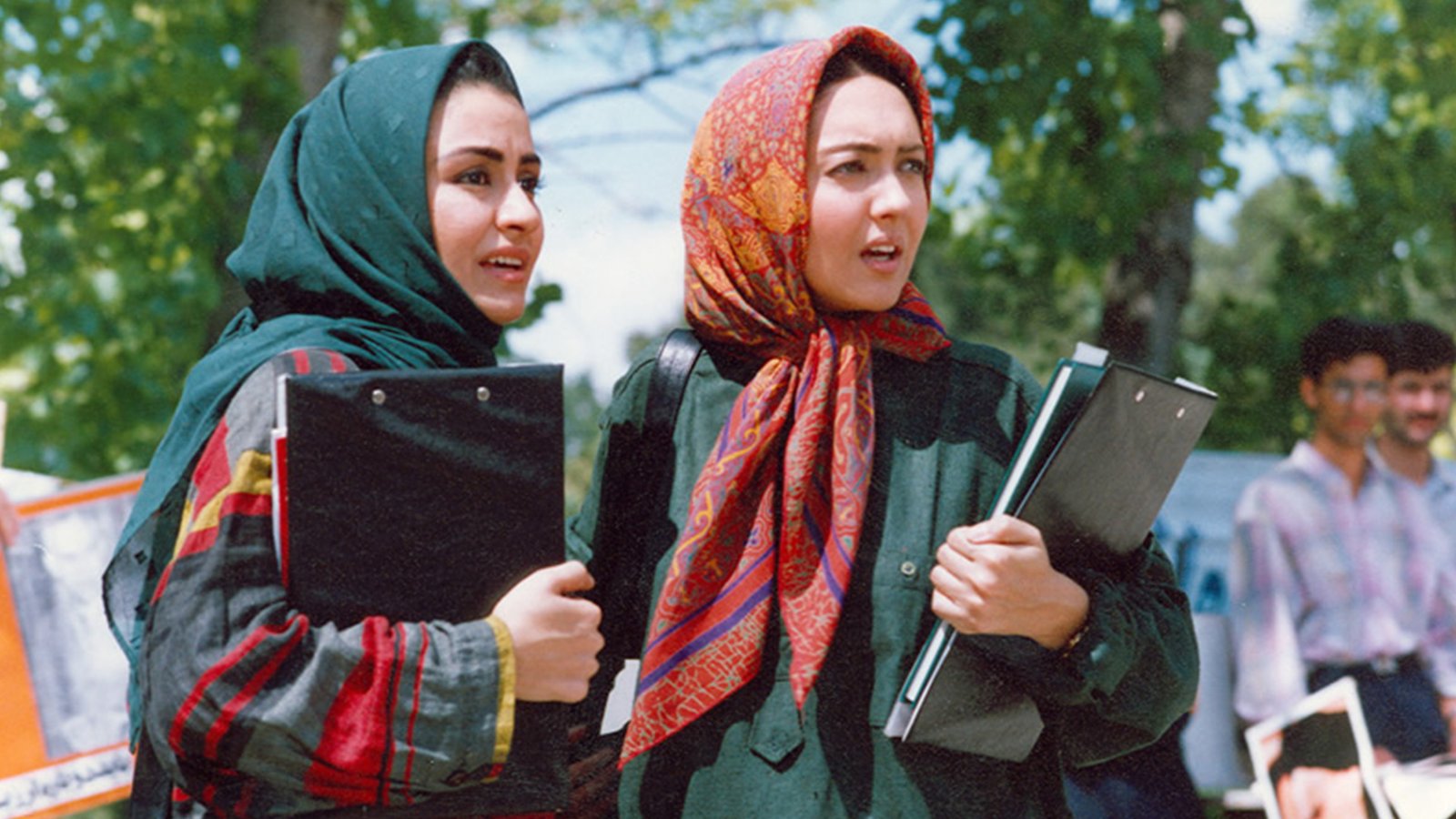